Talking to DD18 the other day gave me an idea for another owl card - so I hope you're not sick of them by now?

Anyways, she was saying how she had been out partying until the wee small hours (exams are almost over), which of course made me reflect on how she is a real "night owl" -  now maybe you can see where this is heading!

So after some cogitating I came up with this glamorous night owl gal, off for a night on the town in her blingalicious outfit! I made the moon all glittery too, which reminds me of a disco ball and that fitted the theme perfectly! 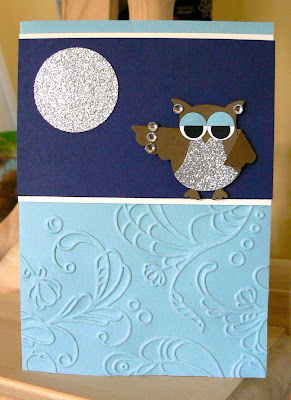 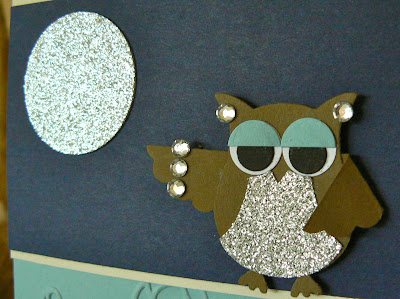 I embossed the front with Elegant Lines and I've used blue and brown because those are DD18's fav colours and this one is definitely for her!

Hope you like it! I've got another owl idea brewing too, so will be back with that one soon.

Love it! I will never get sick of the owl. On a bit of an owl roll myself lately. It is just so cute!
A very clever idea.

hehehe, that is cute!!!
Roopa

Knowing how I feel about birds, this almost got me. This is so vry cute Kez, sell done but I am still resiting the owl!

Now this is one darn funky and gorgeous creation! Love all the glitter details! FAbulous, Kez! Hugs xxaxx

This card cracked me up to bits. The first things that came to mind (in the nicest possible way of course) was Priscilla...Owl of the Desert....and Dame Owl-na Everage!!! Love the idea and this is a v v CASEable card!! GORJUS darlink!! 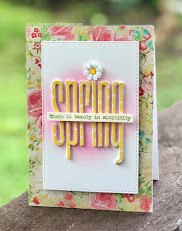 Welcome to my blog! I hope you'll grab a cuppa and sit for a while. If any of my work moves or inspires you, I would love to hear about it - just leave me a comment. Thanks for stopping by!

If you have any queries about supplies or techniques used in my projects, or would like to enquire about classes, please feel free to contact me here.
Powered by 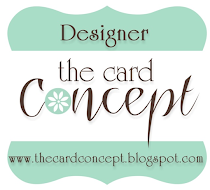